Kubota is a Japanese company that has been designing and manufacturing equipment for agriculture, construction, and other applications for more than a century. During the development of mini excavators for more than 30 years, two basic concepts, boom swing and zero-tail swing, reveal the importance of these features to meet the global needs of diverse construction sites. During the late 1990s, Kubota took the lead by launching an international standard mini excavator that integrates both features for the global market.

As a form of continuous innovation, Kubota has released the Zero Tail Swing feature which is adaptive to today's urban development conditions, supported by maximum functions and advantages, the Zero-tail swing in the Kubota Mini Excavator is now a mainstay for jobs that require heavy equipment in large spaces.

Zero-tail swing is a powerful feature found in the innovative Kubota Mini Excavator and improves operator comfort. With 360° swivel and high lift, even the tightest spaces make for an efficient workplace. Its tail is always on track, allowing the operator to turn the cab along a 360-degree turning radius with complete safety and fewer accidents with items behind. The zero-tail swing also ensures excellent balance and speed and faster operation.

These features increase efficiency and superior value while increasing operator comfort and defining the environment, making the Kubota Mini Excavator your top choice.

The zero-tail swing found in the Kubota Mini Excavator also has advantages that make it suitable for working efficiency in construction or urban areas, because it has:

The most obvious comparative advantage is its ability to fit into small and narrow spaces, which has difference from traditional excavators. Its easy maneuverability reduces the possibility of damage to the excavator and other obstacles while operating. Therefore, the size of the Kubota Mini Excavator is more efficient for carrying out urban projects, such as applications in the civil engineering, plantation, and construction industries.

Another advantage of the Zero-tail swing feature is flexibility. When the machine is swiveling, the tail always remains within the track width. It realizes the worry-free operation in tight places. Kubota Mini Excavator uses the same types of attachments in many job sites, such as as a rock crusher or as a concrete crusher, the zero swing excavator is versatile and can work in tight or open areas without major obstacles.

Not only features Zero-tail swing, Kubota Mini Excavator is also equipped with an ergonomic design equipped with lever designed with armrests, and high-back seats that increase operator comfort and ensure precise control for smooth operation and increase productivity.

Interested in Kubota's Zero Tail Swing feature? Get more information about Kubota Mini Excavator via Traknus Contact Center at 1500-072 or WhatsApp at 0815-1106-1974. 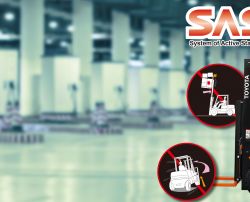 To help create an environmentally friendly ecosystem and promote susta... With the superior performance of the HD series, As a successor model t...