Jakarta (14/06)– On June 11, 2022, PT Traktor Nusantara celebrates its 48th anniversary. Carrying the theme "Harmony in Diversity," Traknus's Anniversary sent a message to all of Traknusian spread throughout Indonesia that diversity and differences are not a matter, but it could provide a spirit of unity from diversity. The celebration of PT Traktor Nusantara's anniversary was Live from the Jakarta Head Office and held in a hybrid with all Traktor Nusantara branches in Indonesia via zoom and youtube Live.

In the next series of events, Traktor Nusantara also wants to give awards to Best Employee, which consists of several categories, including Best Mechanic A and B, Best Part Sales and Service, Best Business consultant, and Best Non-Specialist Employee. After going through a lengthy selection process and careful evaluation, finally 15 employees were selected who were entitled to 1 -3 winners in each category.

The series of events for the anniversary of Traktor Nusantara started with a competition that all employees both at the Head Office and branch offices could participate in. Several competitions were held, such as Tiktok Challenge, IG Best Photo, Creative Team Profile Video, and several online game competitions that also give more happiness to Traknus 48th Anniversary celebrations.

As a form of appreciation and big thanks for the hard work of all Traktor Nusantara employees, the Traknus Anniversary committee also invited one of the leading comedians in Indonesia, Sadana Agung, who provided entertainment to all employees in Traktor Nusantara and presented in hybrid by zoom and youtube.

At the age of 48 years, Traktor Nusantara is committed to always providing the best service to customers and also continues to be trusted as a #PartnerInProgress from Sabang to Merauke. Happy Birthday, Tractor Nusantara, Greetings Nusantara! (PAS) 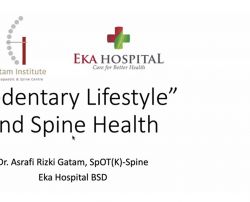 Seniors can too! - Traktor Nusantara and... “Respect for Others” PT Traktor Nusantara Public contribution for Himm...